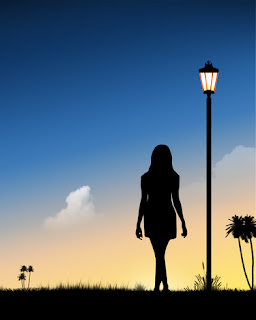 She held back from telling what her problems were more and more. For she feared they wouldn´t understand, They could get too worried, more worried than she actually was. They could scare her, which she loathed beyond normality. They could make fun of her, which she wouldn´t bear at all. They could simply ignore her and that was not what she expected either. What did she long for, really? Some kind of brave understanding, sensitive cumplicity, visionary humanity, positive realism. Too much. Too much to ask from ordinary people, too much to ask from most people. And yet her growing reserve could be broken naturally and willingly with a few people. Few people but enough. Enough for her problems. If not forever, at least for now.